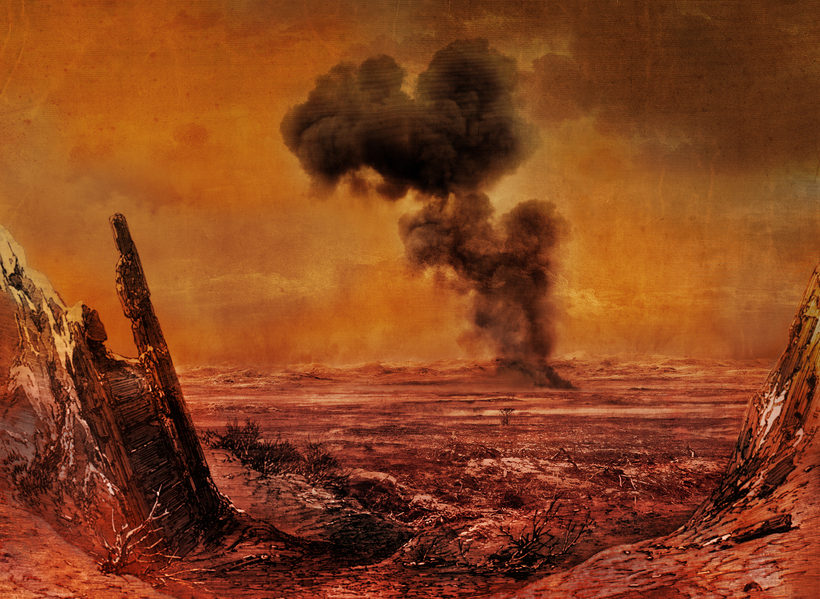 Songs for Lark and Cannon is the last project in Morten Barker's long time work with Danish military shooting range. In fourteen serial pictures, the exhibition shows collaborative digital collages - Barker's own photographs taken at Oksboel shooting range in the years 2013 - 2015 and newspaper illustrations from the Second Schleswig War in 1864. In the latter, the artist has dived into a comprehensive archival material that illustrates the British view of the Danish-German war.

Barker's almost cool and anti-melancholic approach to a disturbing and complex subject is expressed through a distant and objective technique, where the image in the picturesque collages creates an ambiguous narrative - are the stories fictional or real? As another archival art in the present time, the artist curates and interprets his own narrative of a historical archival material, where the prematurity of the illustrated newspaper clips is transformed into a complex temporarism that weaves the factual and fictional together and forms a diverse meaningful expression in the meeting between works and observers. For the fragments of 1864 are no longer portrayed as the last war that took place on Danish soil. Rather, Songs of Lame and Canon show an obscure view of Denmark's historical and current war participation.