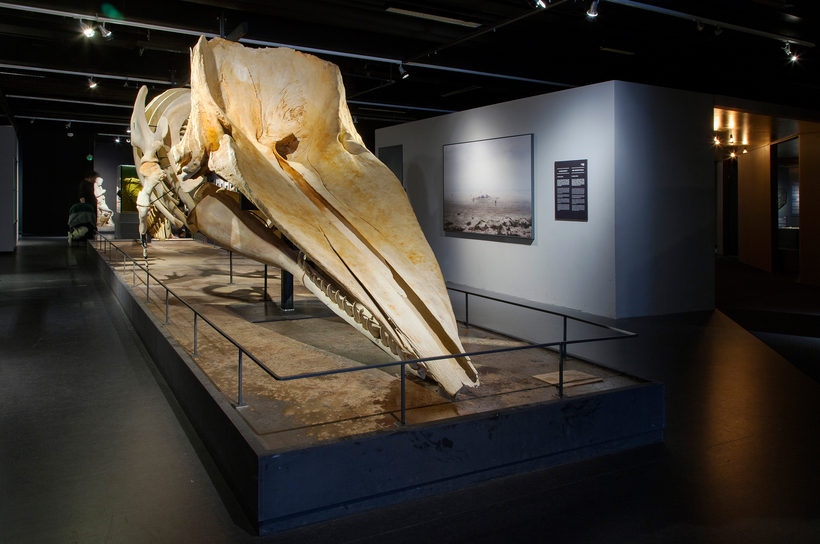 The Sperm Whale, The Natural History Museum of Denmark, 2014.

On February 16, the day after the stranding of two sperm whales at Henne Beach, on the Danish west coast, I left Aarhus to photograph the whales for my new series entitled  “Outlooks For A Country”. It is a landscape project portraying Denmark 150 years after the Danish landscape painter Vilhelm Kyhn travelled the country to portray it using brush and canvas.

The landscape and nature are indifferent to the majestic, magnificent, desolate or pristine, but both are instead completely dependent on humans’ ability to express them through their interpretations and their experiences.

The photograph has come into being during a three-hour period on February 17, two days after the sperm whales stranded on Henne Beach. I arrived at 9 am, and realized that I was the only person on the beach. The North Sea, the shore and the whales were shrouded in a dense fog that slowly subsided, with shapes emerging from the mist/fog. Slowly, the crowd grew, with people coming and going, each with their own experience of the sperm whales’ rotten and broken carcasses. I had placed myself on a dune overlooking one of the whales, and for the next three hours, from 9 to 12, I saw the battle between the mist/fog and the light, and I observed the people who arrived, their actions, their expressions and their disappearance. 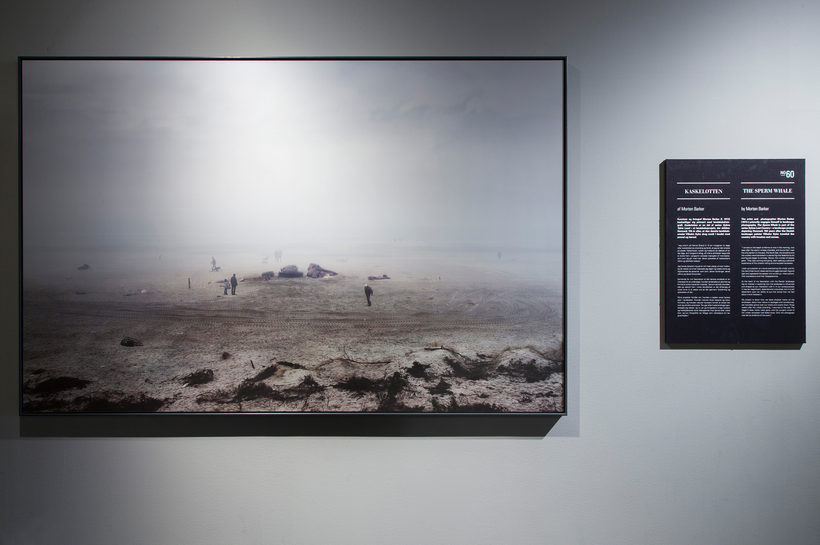 The Sperm Whale. Part of the exhibition Precious Things at the Natural History Museum of Denmark, 2014.