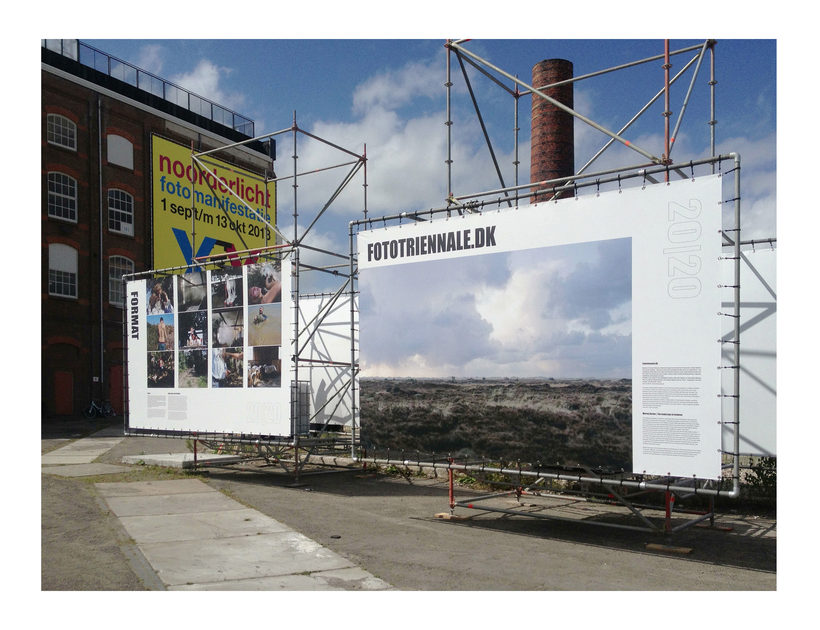 Installation view of Tanks and Stags, 2013.


The landscape In-Between is the title of a new landscape project that interprets the forgotten and anonymised landscapes of Danish military firing ranges. It describes the paradox that the landscape is in a continuous balance between innocence, as in a Golden Age landscape, and brutality, as in a war landscape. Here the heath flowers in between the tracks of heavy Leopard tanks, here the boot prints of soldiers blend with animal tracks from red stags, and here the grenade shares the air space with the skylark. This is the duality highlighted by the project through photography and video installation.

The project portrays Oksboel, which is the largest military firing range in Denmark. Here the landscape is mostly made up of pine forests, lush pastures and large open heaths where the red stag and the leopard tank dominate. In the air you here the sound of the skylark as it ascends towards the heavens. The project is greatly inspired by a question I was asked during my first visit to Oksboel almost three years ago. Her a sergeant asked me: I hope you haven’t just come to photograph those damn red stags? Listen, this is not a cute cuddly landscape, here we teach soldiers to kill” As the project has progressed, his question has become the essence of my project of discovering the landscape between the golden Age landscape represented by the red stag and the war landscape represented by the army tank. 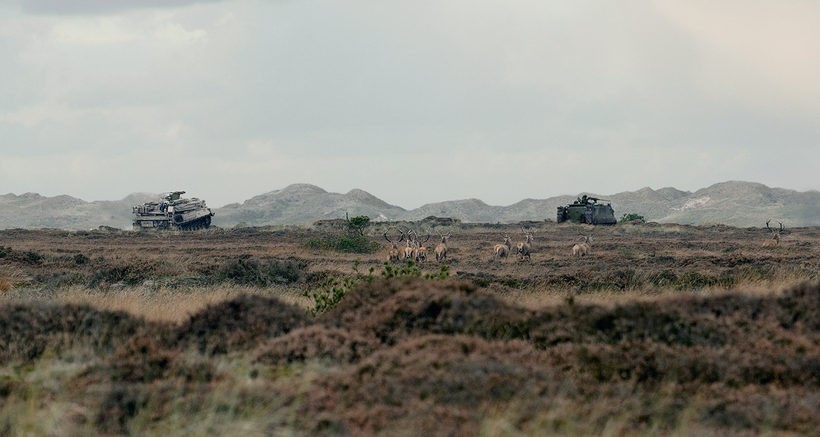