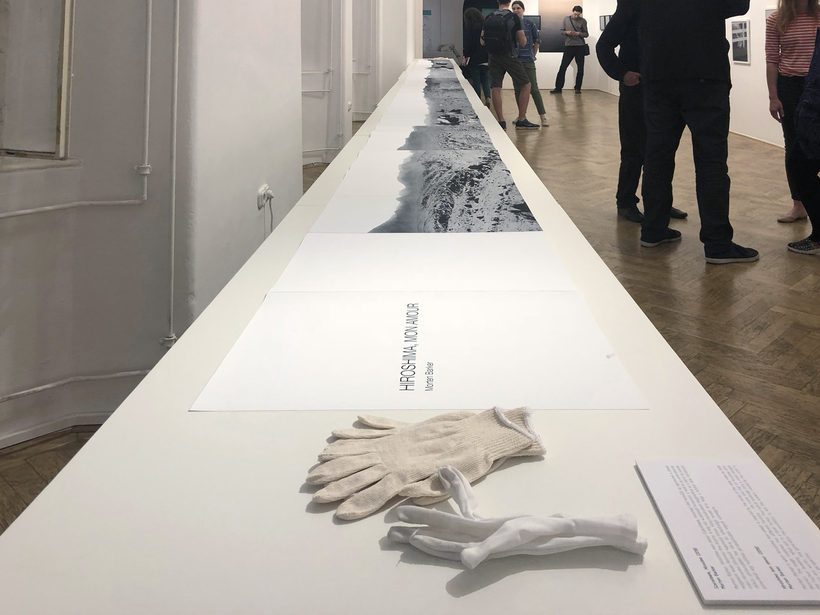 Action at a distance is a concept in physics that describes the ability of two distant poles or objects to affect each other from a distance without being in physical contact.

Such interaction between the photographer and the landscape creates the possibility of representation which – while being inevitably subjective – does not enturely diverge from the objective documentation of the site. As Lewis Baltz puts it, the scenery offers an infinite opportunity for a more profound analysis as it changes according to the observer’s point of view. The works of Morten Barker, Emanuel Cederqvist, and Philipp Meuser are also more than simple landscapes.

The discovery of uncertainty and conjuncture predetermined by a site is revealed in Meuser’s series Waiting for Buyan. Buyan is a mythical island, which probably corresponds to the actual island of Rügen in Germany. It was described as the source of all kinds of weather phenomena as well as the place where the magical stone Alatyr, the center of the universe, can be found. It is surrounded by many stories but, since there is no clear evidence of the existence of Buyan, a narrative of wonder permeates.

Cederqvist’s project The Margin of Error does not focus on a given location or its physical qualities, but rather, his images can be interpreted as reflections on the visual notion gained at the Sarek National Park in Sweden. This is where the meteorologist Emanuel Hofling disappeared in 1917. Besides his images, Cederqvist also works with archival photographs taken at the end of the 19th and beginning of the 20th centuries. These images reflect the intent of an artist reconstructing his own past as he contemplates his own presence in relation to the space changing around him.

Barker’s work Hiroshima mon amour is inspired by the movie of the same name by Alain Resnais. Just like the film is a story told as a dialogue between Him and Her, the image can be observed as a visual conversation between two different landscapes – the Terrestrial (Hiroshima after the nuclear explosion) and the Lunar. Using this structure, Barker combines elements of the observed and constructed landscape to form a particular visual order.

The exhibited photography projects balance between the genres of romantic imagery and collages of visual codes. The works are constructed as layers that lead to comprehension beyond visual perception. The act of viewing becomes active, and the visual experience gives an impulse to thinking and reflecting. The landscape, which in photography can be perceived as monotonic, is opened as a multilayered space. In the exhibition Action at a Distance, the site becomes a source of research, an experience of time, and a mythological heritage; it creates an environment for the process of discovery and exploration.

The exhibition was realised as the part of the PARALLEL European Photography Platform project.

Hiroshima Mon Amour is 16,45 meters wide. In the exhibition Action at a Distance the work is exhibited as a leporello book and displayed on a 13 meter wide table. The audience is invited to interact with it by turning the pages.